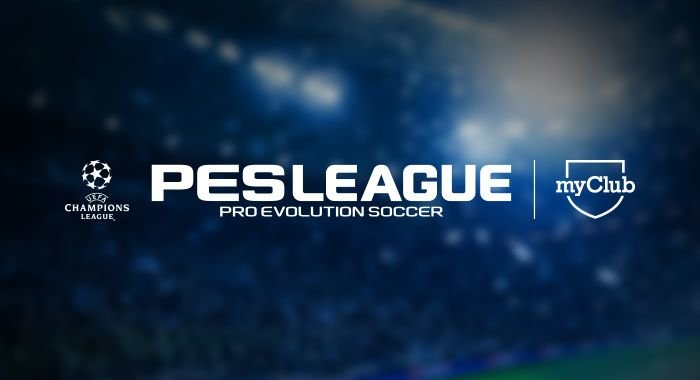 The competition, which runs alongside the regular PES League competition, allows users of both the full and free-to-play version of PES 2016 to enjoy competitive PES play using teams created through the myClub mode within the game.

PES myClub League consists of monthly seasons taking place from 00:00 UTC on the 14th to 23:59 UTC on the 28th of each calendar month. Each season will have an exclusive achievement for their PES League profile showing that they were the champion for that season.

During each season, the first 50 completed Divisions matches played through myClub mode on PES 2016 using either PlayStation 4 or PlayStation 3 consoles will count towards the league. Once the 50 match limit is reached, players will still be able to play matches on the mode but these won’t count towards PES myClub League.

After the completion of each eligible match players will be awarded a number of points dependent on the result.  Three points will be awarded for a win, one point for a draw and no points for a loss.

At the end of each season the player with the most points will be declared the winner and will receive achievement. In the event of a tie-break players will be ordered by goal difference and then by the number of goals scored. If the players are still tied following this then places will be decided by goal ratio (goals vs shots on goal) and then highest average possession percentage from eligible matches.

In completing matches towards each PES myClub League season, competitors are free to use any players (gained through agent spins, loans or otherwise), managers or tactical set ups made available to them within the mode for their teams.

PES myClub League is open to PES League players within all regions providing their account isn’t  serving a ban when the League commences.

Players will be entered into each PES myClub League season automatically on completion of their first eligible Divisions match within myClub mode on PES 2016.

The full rules for PES myClub League can be found below:

PES myClub League is the official KONAMI eSport competition for the myClub mode within the Pro Evolution Soccer Series.

Players will be unable to compete in PES myClub League if their account is serving a ban as per section 3.6.

Each individual user is only permitted to enter one account into the PES myClub League. Any player found with more than one account will face disciplinary action from PES League.

PES myClub League is split into seasons, each running from 00:00 UTC on the 14th and closing on 23:59 on the 28th of each calendar Month. Only matches completed within these times will count towards PES myClub League

Seasons will run between these dates during every calendar month unless notified otherwise on the PES League site.

During each season the first 50 myClub Online Divisions matches a player completes towards will count towards that season’s table.

All Divisions matches played within myClub mode on PES 2016 will count towards each player’s PES myClub League results providing they haven’t reached their match limit.

These matches must be played on the PlayStation Network account attached to their PES League profile.

Players may select any Matchmaking Settings available to them when setting up a Divisions match through myClub.

Players will play opponents as they are randomly matched to them within the mode.

PES myClub League players may use any players (gained through Agent Spins, Loans or otherwise), Managers or Tactics made available to them within myClub at any point.

Players may play myClub League matches in any way they wish to do so within the limits of myClub Divisions on PES 2016. This includes all gameplay and tactical elements of the game.

All matches within PES myClub League are governed by the PES League rules regarding behaviour and fair play (section 3.6). Any player suspected to be breaching these rules may find themselves the subject of a PES League investigation and/or punishment.

The results of all eligible matches towards PES myClub League will be recorded automatically by the PES League system and will appear in the PES myClub League table within 2 hours after the completion of the match. Players don’t have to report or record any of their scores to the site.

For each eligible PES myClub League match completed players are awarded 3 points for a win, 1 point for a draw and 0 points for a loss.

Players will be ranked in the PES myClub League table in order of the number of points they have received from eligible games.

In the event of a tie-break players will be ordered by goal difference and then by the number of goals scored.

If players are still tied at this point then places will be decided by goal ratio (goals vs shots on goal) and then highest average possession percentage from eligible matches.

Each PES League season ends at 23:59 on the 28th day of each calendar month.

The season Champion will be the player who is at the top of the table after results have been verified. This winner will be announced on the PES League site within 5 working days of the event completing.