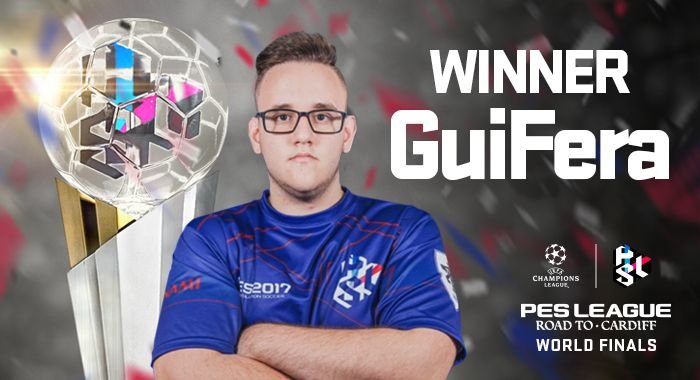 Guifera of Brazi has won the PES League2017 World Final which took place at Arsenal’s Stadium, London on June 02 and was streamed to fans live through PES Facebook, YouTube and Twitch channels.

As well as taking the title of PES League 2017 World Champion, the Brazilian will also receive the $200,000 first place prize which was on offer in the Road to Cardiff competition  - the largest amount ever awarded in an official PES competition.

Following their victory, the three players were joined by the other PES League World Finalists to watch the UEFA Champions League Final live from the stadium as part of their Road to Cardiff World Finals experience.

The full broadcast of the event can be found on the PES League Twitch channel and videos of all the matches played within the event will be added to the official PES YouTube channel in the coming days.